I’ve had people asking about our second treatment, so just wanted to update that yes, we did just travel for the second round of the treatment I had three weeks ago. The traveling went pretty well (even though we had to fly through thunderstorms) and we managed to make all our flights, even though we did almost miss one plane and had to run full-speed through an airport to squeak in before they shut the plane’s door. And yes, I survived the flying (including turbulence): I just kept my eyes closed on the planes and sang along to psalms in my head as I listened to Pure Words over and over and over. It kept me sane enough. Yes, the medical treatment went well, and now I am having the proper reaction (eight hives on my arms), so we are praying that my body is reacting internally as it ought to as well. May the Lord be pleased to use this treatment in mighty ways to prepare my body for nurturing children in the future!

So anyway, thank you for the prayers and for asking about all of this. What a blessing to know that we are loved and prayed for by our brethren.

In other news, music camp begins today at our church, so I will be busy accompanying dozens of little saints on the piano now through Saturday. I’m praying for grace and endurance, so that I will be skillful in aiding these children in their pursuit of musical excellence.

And lastly, I’d been asked to post an August photo of my garden… well, it’s August! And the garden is officially jungle-esque. Upon picking produce last evening and trying to pick some weeds (and pulling out the lettuce that had bolted), I realized that I was feeling fairly overwhelmed by my garden. It is, in fact, a rather large project for little ol’ me. I spoke with my father on the phone (asking about how to get rid of the little pests that are trying to eat my produce before I get it harvested!), he reminded me that it is okay to have a few weeds here and there (I am rather perfectionistic about having a perfectly weed-free garden), and that if I somehow can’t manage to keep up with the harvesting, none of us will go hungry & it’s okay to let the peas get too large or to let a squash rot accidentally. It was a good reminder: and I am working now to “let it go” (my perfectionism). But -oh yes- here is your glimpse at my backyard produce jungle. 🙂 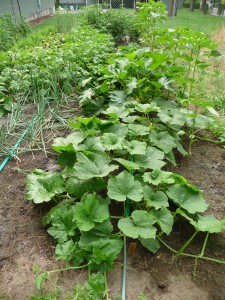 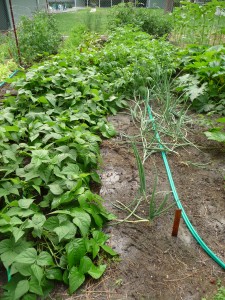 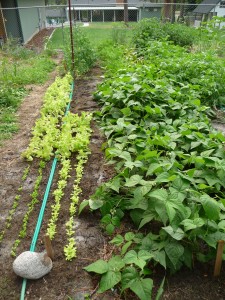 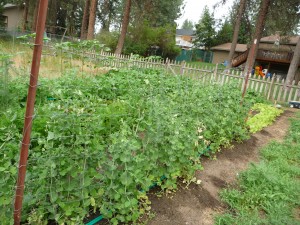 And also: these are two rose bushes we received as a gift after Victory died. They are both about to bloom… and the one on the left is called a Victory Rose. I can’t wait until this bud opens! 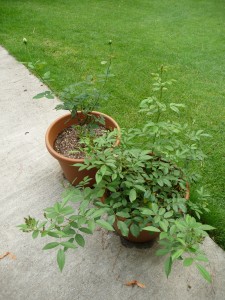 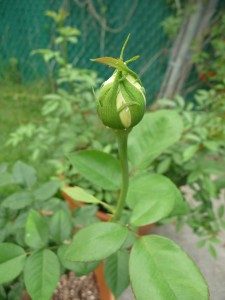 4 Replies to “Getting Y’all Up-to-Date”